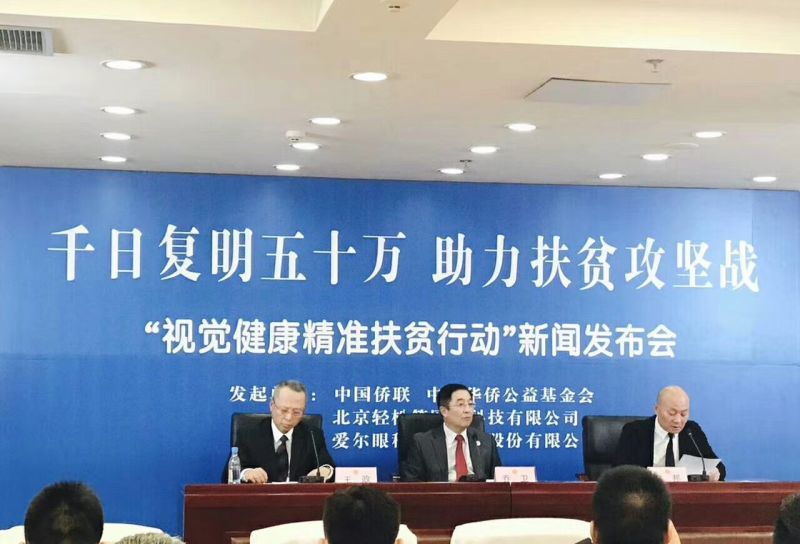 In 2016, the data issued by National Health and Family Planning Commission indicate that, according to the statistics by the Poverty Alleviation Office of State Council of China, 42% of impoverished households are due to illness. Recurrent impoverishment caused by illness has been the biggest challenge in solving poverty.

According to Mr. Wei Qiao, the vice chairman of ACFROC (also the Chairman of OCCFC), there are 43 million impoverished people in China and about 0.6-0.7 million of them haveIt is reported that the screening and treatment of impoverish patients will be launched through more than 180 AIER Eye Hospitals in 30 provinces and municipalities. At the same time, the specific fundraising projects and schemes will be publicly listed and launched on the online fundraising platform "QFund" selected by the ministry of civil affairs. The ACFROC will support and participate in the charity project through the nationwide overseas Chinese federation system to widely mobilize domestic relatives of overseas Chinese, overseas Chinese and various social organizations joining in. 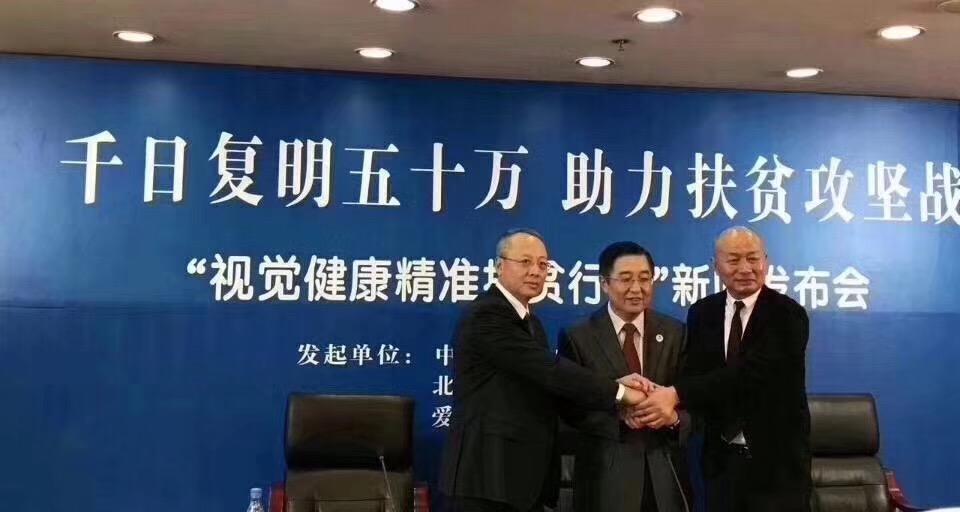 "Visual Health Precise Anti-Poverty Operation" will be partially covered by basic medical insurance, the rest out-of-pocket expenses will be covered by funds raised from all kinds of charitable channels, thus the patients don’t need to worry about the cost.