On July 31st, the ceremony of "Shigatse Charity Brightness Action" was held in Tashilhunpo Monastery of Shigatse city. After several days of hard work by the Medical Team from AIER Eye Hospital Group, nearly 50 local Tibetans regained their vision from cataract. 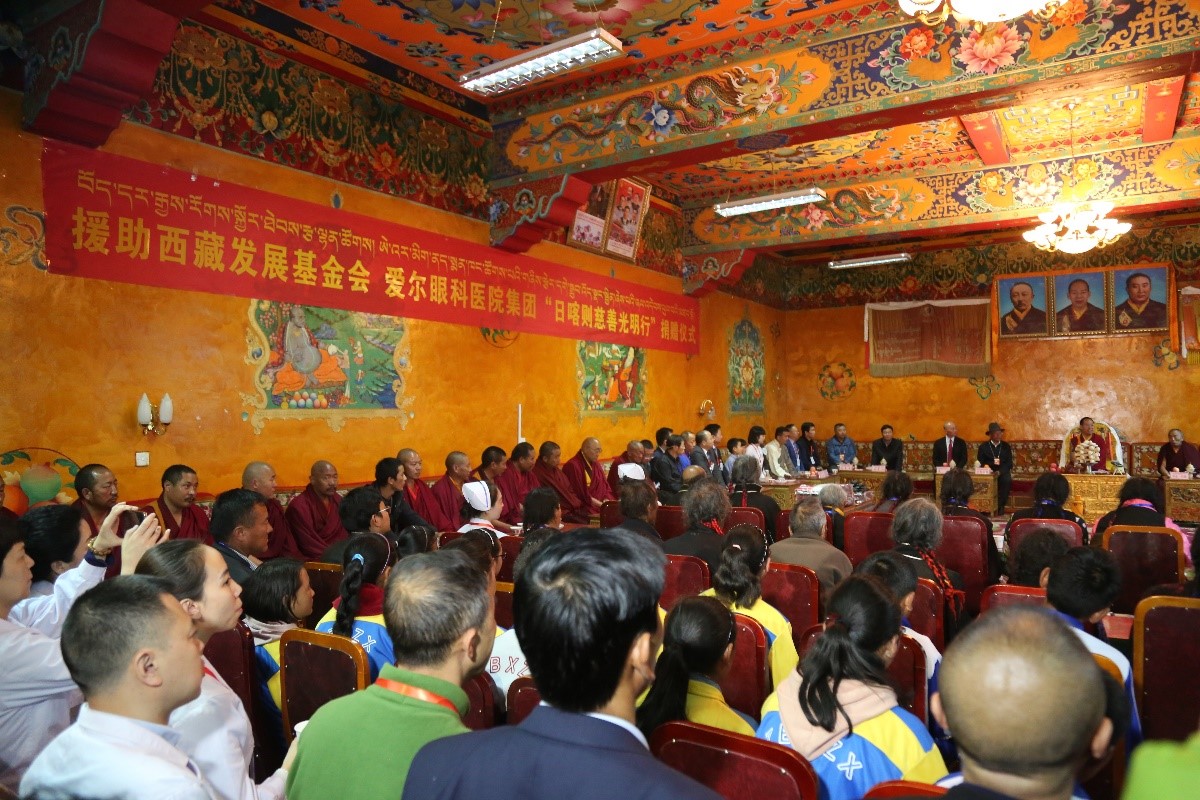 On July 31st, the ceremony of "Shigatse Charity Brightness Action" was held in Tashilhunpo Monastery of Shigatse city. 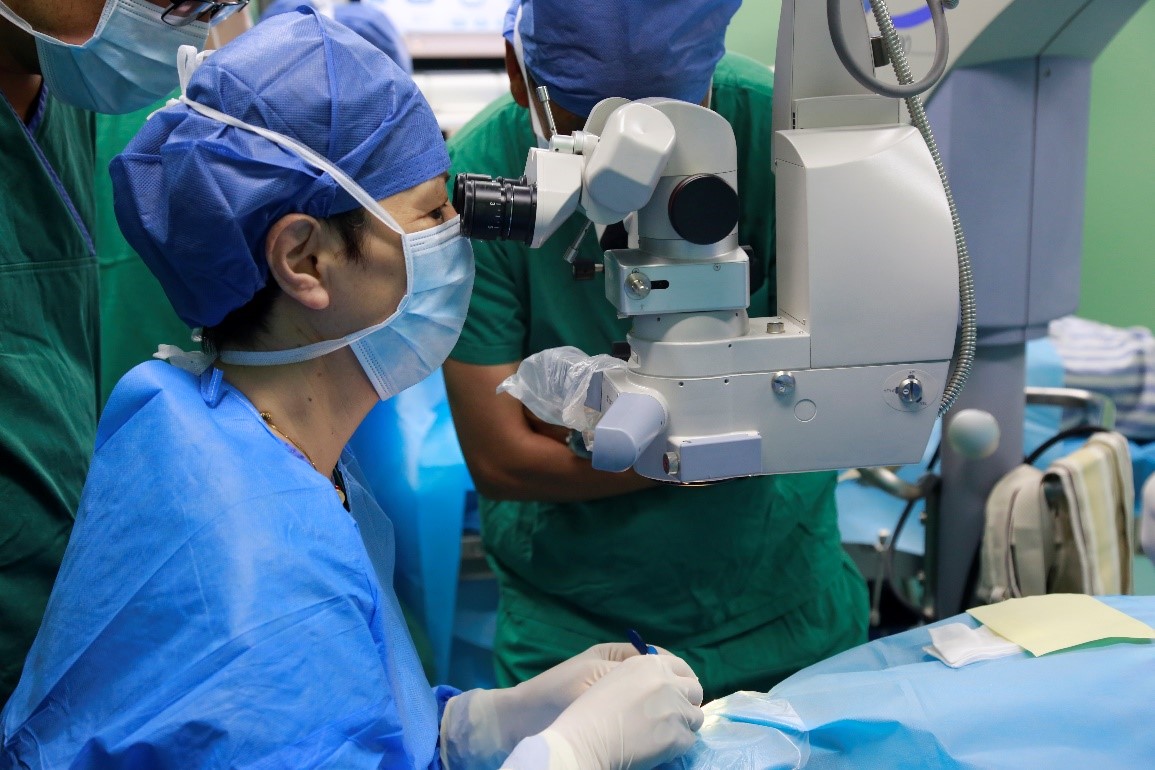 The Chief physician of the medical team, Dr. Ling Yang, the Dean of Qinghai Provincial General Hospital of AIER group, performed the operation for the patients.

There are many government and enterprise leaders attended the ceremony, such as: Chairman of the Tibet Development Foundation, the 11th Panchen Gyaincain Norbu, the vice chairman of the District Political Consultative Conference, the director of the Tashilhunpo Administrative Committee, Mr. Zhiguo Jin of United Front Work Department of CPC Central Committee, Mr. Ban Chen, the Chairman of AIER Eye Hospital Group and etc. 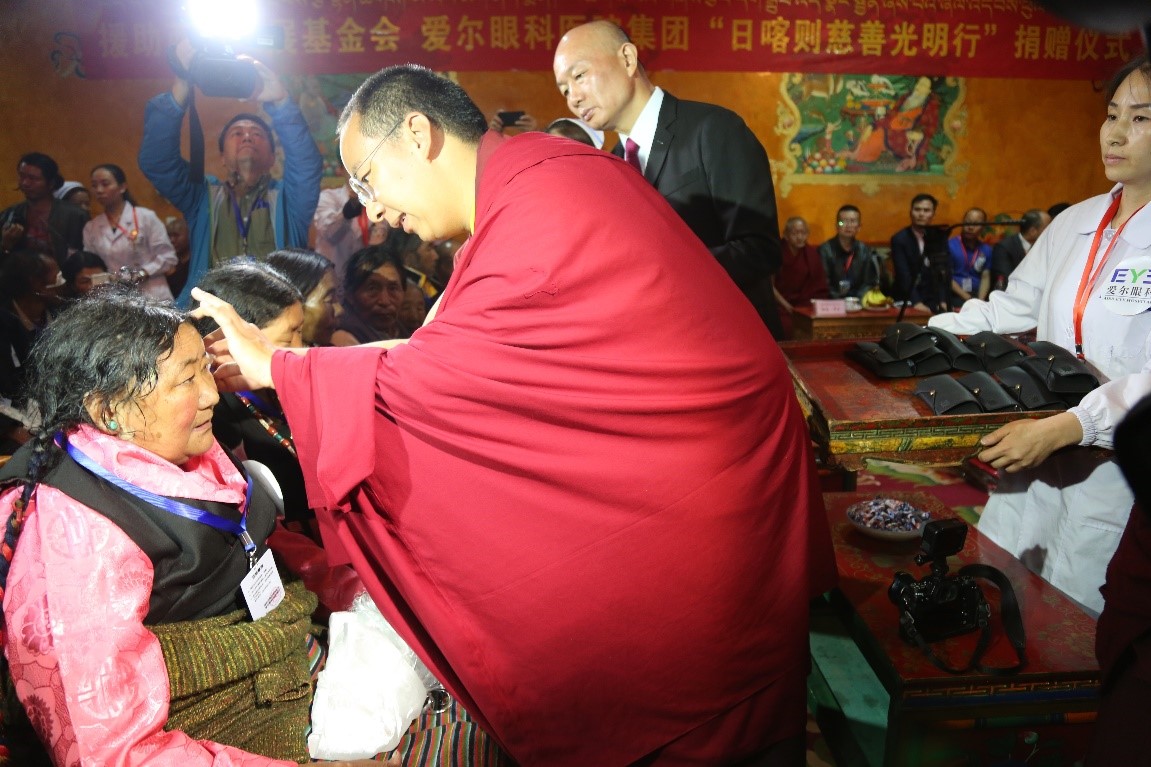 The chairman of the Tibet Development Foundation, the 11th Panchen Gyaincain Norbu, unveiled the gauze for the cataract patients who participated in the ceremony. 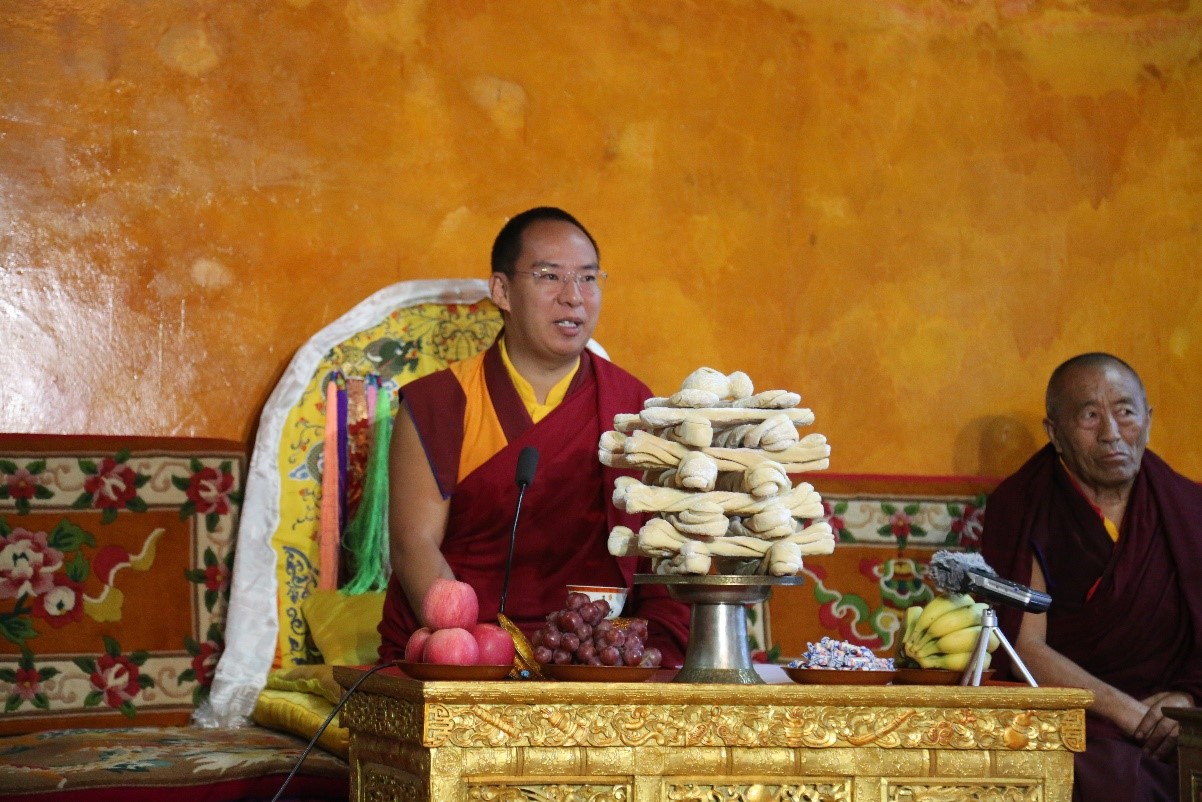 The chairman of the Tibet Development Foundation, the 11th Panchen Gyaincain Norbu, delivers his speech.

“The "Shigatse Charity Brightness Action", which jointly sponsored by the Tibet Development Foundation and AIER Eye Hospital Group, is an activity of bringing bright, rehabilitation and rescue. The rehabilitation surgery not only improves a person's quality of life, but also greatly extends the length of a person's life.” said by the 11th Panchen Gyaincain Norbu. At the ceremony, he was grateful to Mr. Bang Chen, the chairman of AIER group, and the AIER Medical Team for their great kindness. He also said that he has three wishes: “I wish we can hold similar activities in more places in Tibet in the future. I wish the Tibet Development Foundation and AIER Eye Hospital Group can make more contributions to improving the level of ophthalmology in Tibet. I wish our young people can continuously improve their awareness and knowledge of eye protection.

China currently has the largest group of cataract patients in the world, according to statistics from the World Health Organization. The morbidity of cataract in Tibet is the highest in China due to the climate characteristic of chillness, hypoxia and strong ultraviolet radiation. Cataract has become the No. 1 eye disease in Tibetan areas which causes blindness, it not only seriously affects the physical health and quality of life of the Tibetans, but also increases the burden on families and society and even has become an important cause of poverty.

At present, there are 5.81 million poverty-stricken households in China that have been lifted out of poverty, but about 40% of the rural households are still suffering from poverty and returning to poverty. The Director-General of WHO, Mr. Desai Tan, said that WHO encourages increased support for the most vulnerable groups and promotes health services to rural areas. 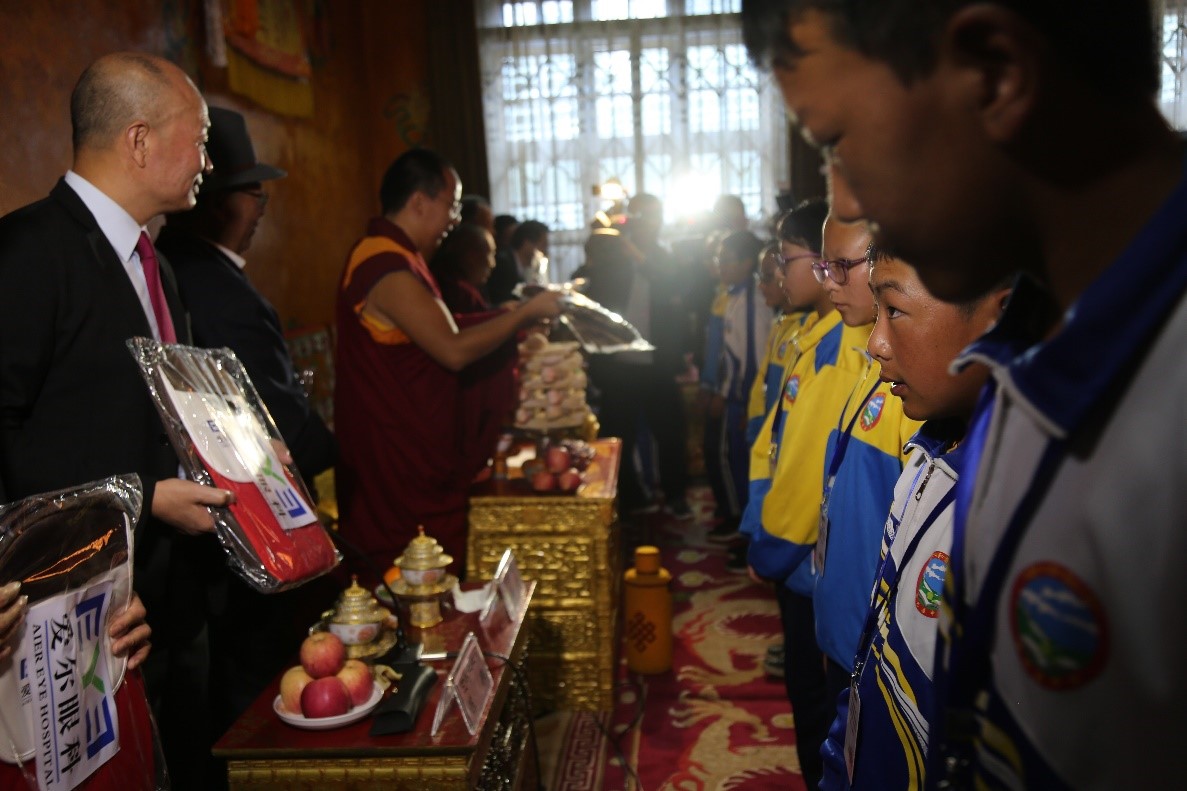 The Leaders donate schoolbags to the student representatives. 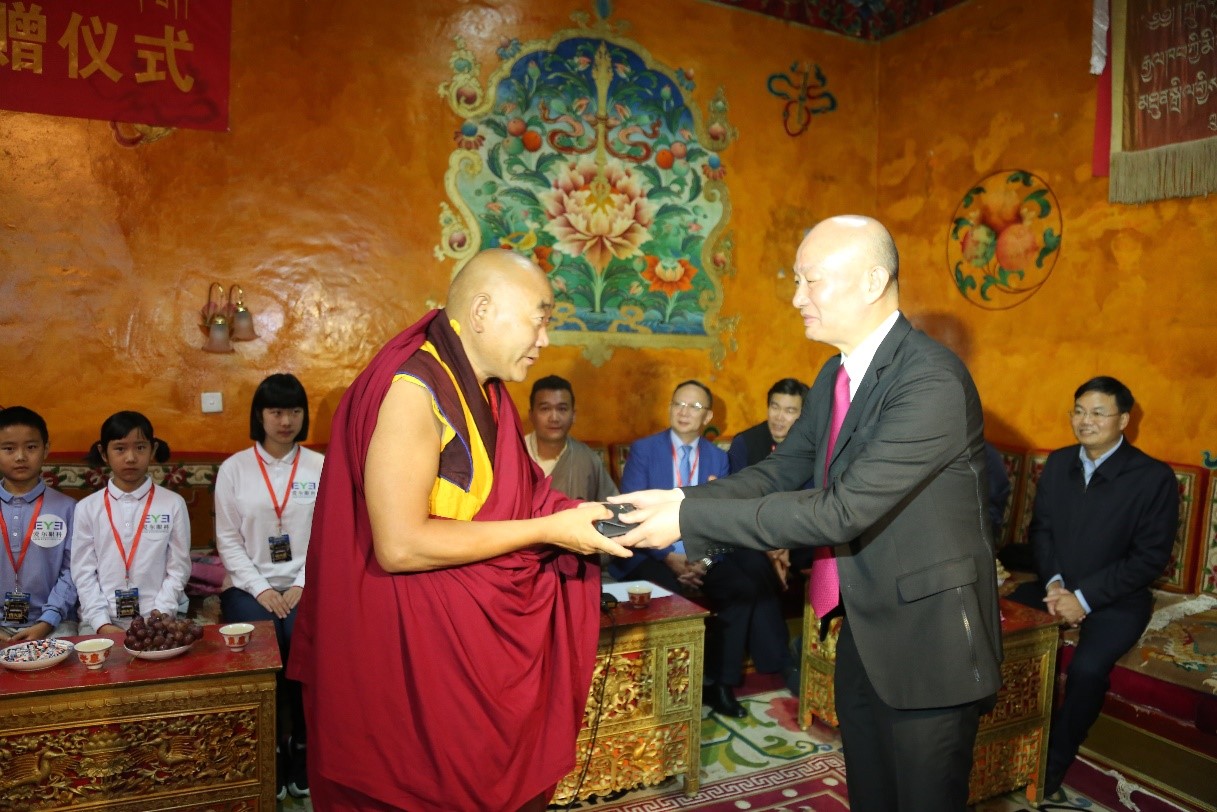 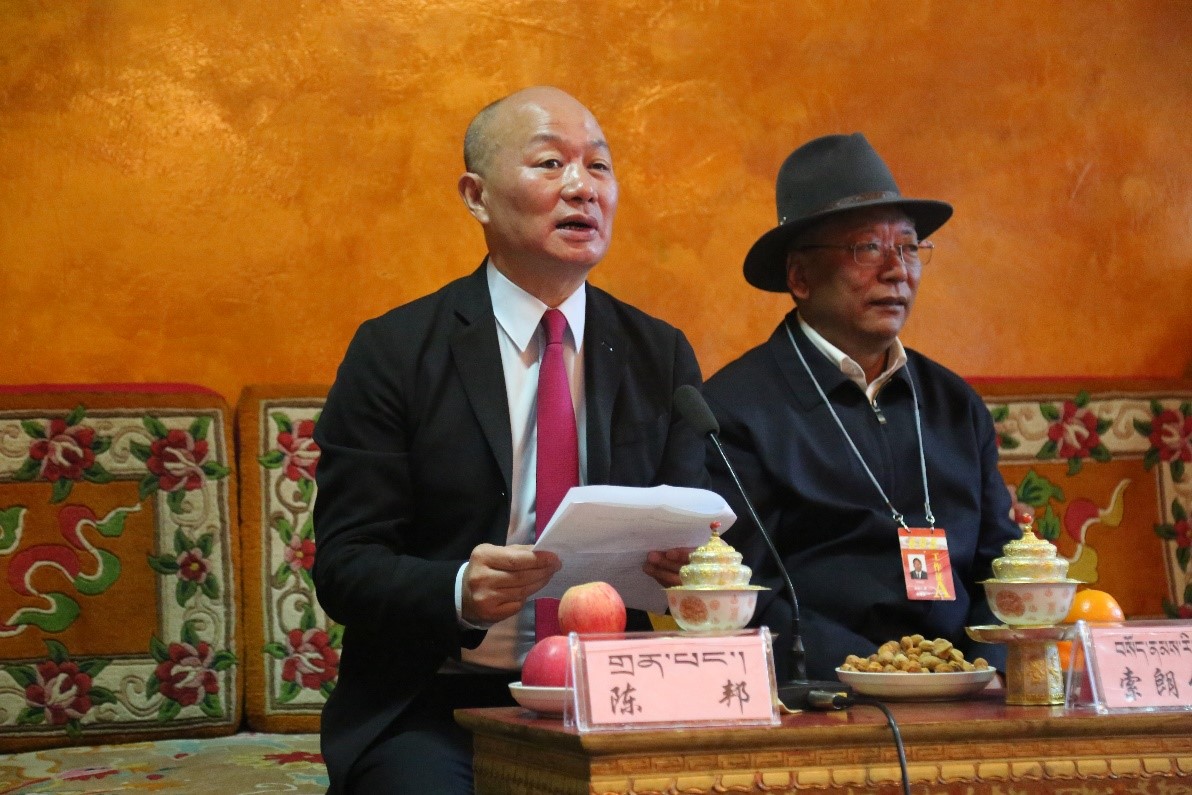 During the activity, there are about 42 Tibetans were treated by AIER medical team, and goggles and schoolbags were donated to cataract patients and local school students.

“As the world's largest professional ophthalmology medical chain institution, AIER’s development and expansion always carries the mission of " Enabling everyone, whether rich or poor, has the right to eye health." and pursuing the harmonious integration of social responsibility and self-development.

It is a great honor for AIER to undertake the medical task of “Shigatse Charity Brightness Action”, which fully reflects the recognition and trust of the country and society for AIER Eye Hospital Group. “In the future, together with the Tibet Development Foundation, AIER will maximize his advantages, explore the establishment of a long-term cooperation mechanism and a sustainable Tibetan eye health commonweal model, make due contributions to the eye health of Tibetan compatriots." Said by Mr. Ban Chen, chairmen of AIER Eye Hospital Group. 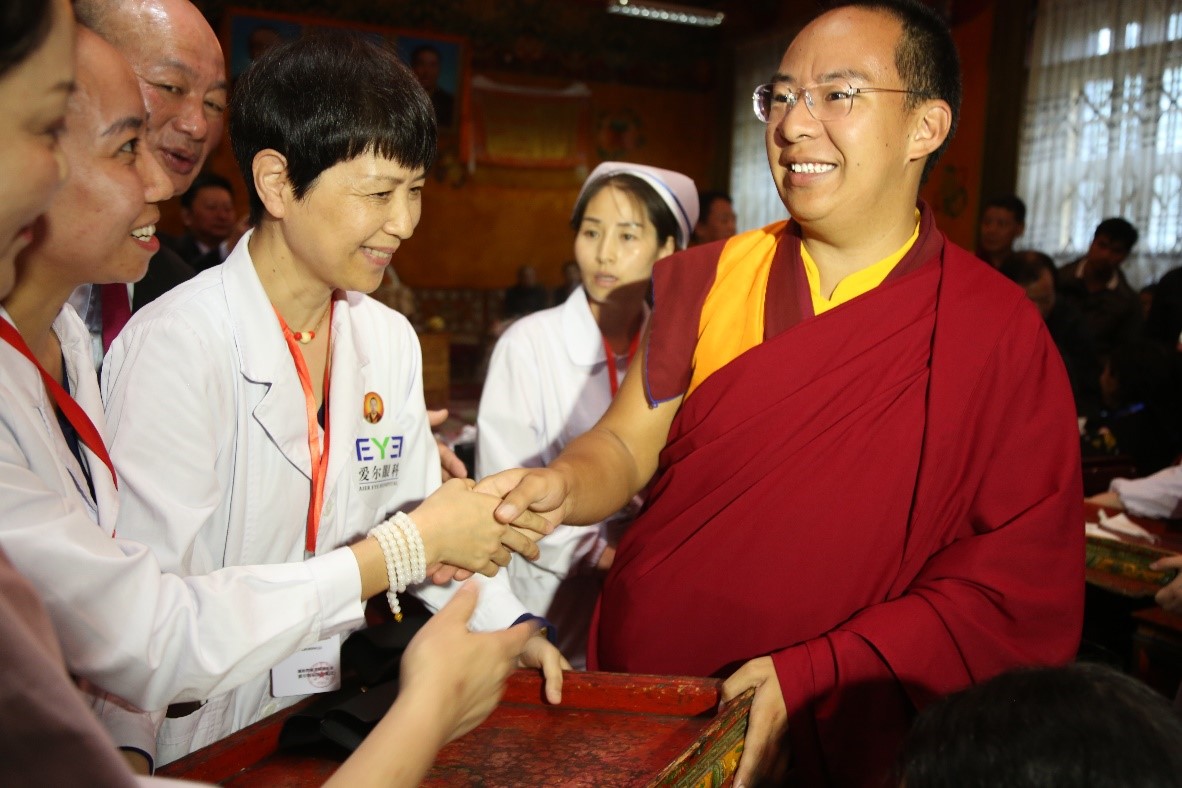 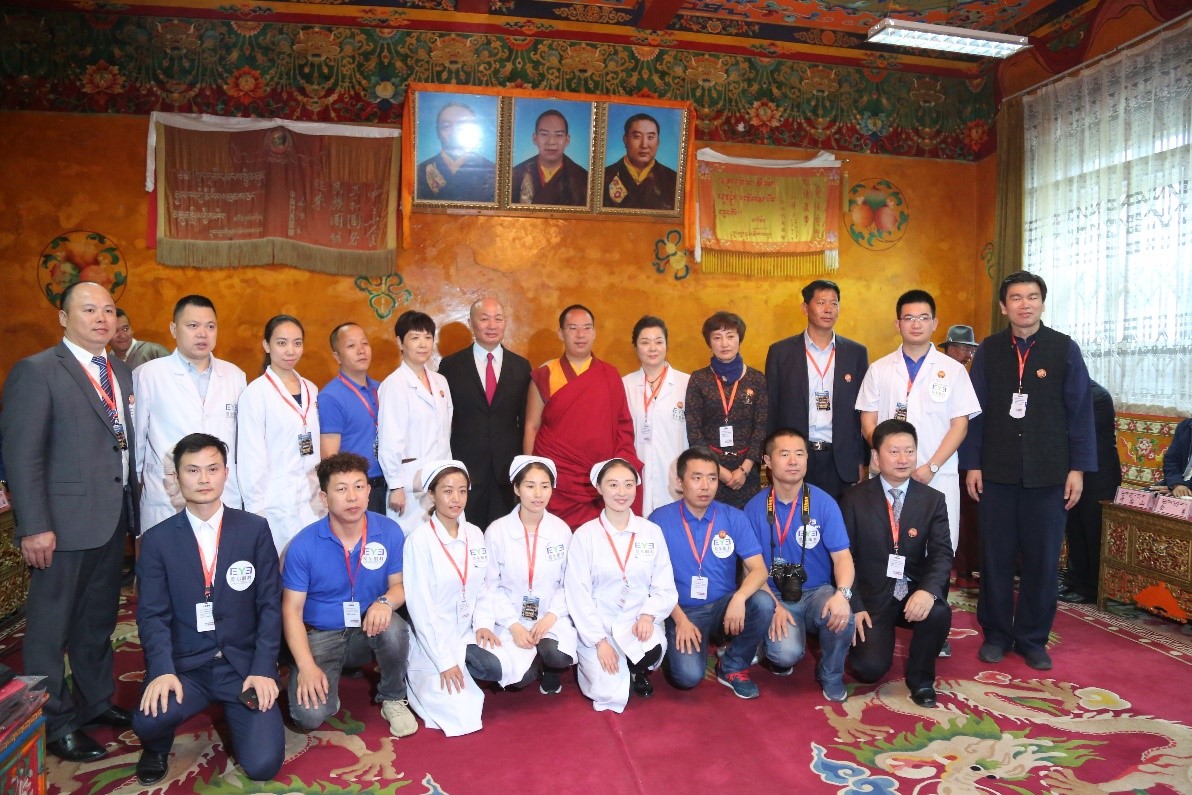