On January 26th, the awarding ceremony of "National Post-doctoral Research Workstation" and the seminar of "Cooperative R & D Center of Postdoctoral Program" of AIER was held in Changsha. At the meeting, Tao Long, deputy director of the Professional and Technical Personnel Management Office of the Provincial Department of Human Resources and Social Security, awarded AIER. At the same time, the report of two post-docs from the Cooperative R & D Center of Postdoctoral Program was also successfully completed.

It is reported that in November 2020, with the approval of the Ministry of Human Resources and Social Security and the National Post-doctoral Management Committee, AIER was approved to set up the "National Post-doctoral Research Workstation". The establishment of a national science and technology innovation platform indicates that AIER can independently cultivate post-doctoral talents in the future. At this point, AIER also completely get through the whole chain of talent cultivation and incubation system from undergraduate to postdoctoral. This is an absolutely major breakthrough in deepening the reform of internal talent development system、mechanism and promoting the construction of scientific, as well as technological innovation platform.

Through the introduction of postdoctoral talents, accelerate scientific and technological innovation.

It is reported that in 2017, with the approval of the Provincial Department of Human Resources and Social Security, AIER and Central South University jointly established the "Cooperative R & D Center of Postdoctoral Program" to build the post-doctoral talent training innovation and entrepreneurship base. 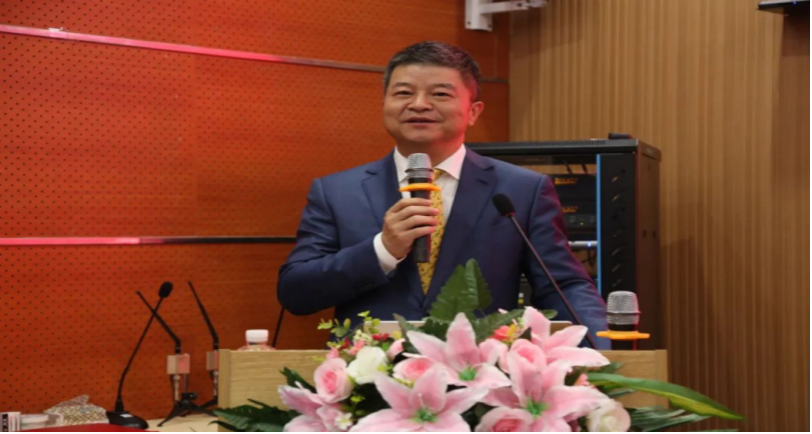 For more than three years, the R & D Center brings together a number of areas of ophthalmology authority doctoral supervisors, focus on basic research and clinical application of retina disease, cataract, myopia, corneal disease, fundus diseases, vitreous body and other eye diseases, as well as cutting-edge research in the fields of mechanism and treatment of eye diseases, basic and translational applications of eye regenerative medicine. At the same time, it has successfully introduced 2 postdoctoral talents, won a number of national and provincial fund projects, scientific research patents, great achievements were made.

It is reported that after the establishment of the " AIER Post-Doctoral Research Workstation", it will become an organization that can independently introduce and jointly train post-doctoral researchers. In the future, based on more than 600 eye hospitals all over the world, with more than 10 million outpatient cases every year, to make still further progress on basic research and clinical application research of vision science and ophthalmology, promote high-tech achievement transformation purpose , as well as meet the needs of patients.

Site of ceremony, the participating leaders issued the letter of appointment to the representatives of the postdoctoral cooperative supervisors

“AIER is an influential ophthalmology group in China, even the world, covering Asia, Europe and North America. At present, AIER Eye Hospital Group and its staff include a large number of doctoral supervisors, master supervisors, doctors, post-docs, scholars who have studied in Europe and the United States as well as core experts with rich clinical experience, bringing together a large number of high-level experts in the field of ophthalmology.”Deputy Director, Tao Long Said,“AIER attaches great importance to leading by scientific and technological innovation. We believe that AIER will take this award as an opportunity to innovate its scientific research mechanism and management system, make full use of the post-doctoral innovation platform, accelerate the training of young scientific and technological reserve talents with core competitiveness, to make positive contributions to the in-depth promotion of "Three Highland, Four Innovation" strategy and Hunan’s modernization drive.

“Actively promoting the establishment of this workstation, first of all, is to conform to the national strategy of rejuvenating the country through science and technology; Second, to make best efforts to carry out the healthy China initiative.” Chief Dean of AIER School of Ophthalmology, CSU, Shibo Tang said, “At present, the incidence of myopia among young people in China is increasing year by year, dry eyes occur frequently among young people, and the incidence of serious blinding eye diseases such as cataract, glaucoma and fundus disease among elderly people is rising too, the eye health problem of the whole society is becoming increasingly prominent. Therefore, with the help of the 'Workstation' platform, we recommend professional scientific research and technical teams at home and abroad, to jointly explore and overcome the "difficult problems" of scientific research and technology in the field of vision science and ophthalmology, to help patients relieve the troubles of eye diseases, to reduce the burden of family and society, so as to promote the process of healthy China initiative.

Hongjie Ma, one of the first inbound and outbound postdoctoral of “ Cooperative R & D Center of Postdoctoral Program ", made a report

It is reported that during her stay in the workstation, Dr. Ma not only conducted a number of scientific research, but also greatly improved the ability of clinical ophthalmic surgery. She has also won two national and provincial scientific research funds, published two monographs and seven papers, It should be noted that great achievements have been made.

"Talents are an important support for building high-level hospitals, doctors and postdocs are an important new force for innovation-driven development. Vice President, Human Resources Center Director of AIER, Lihua Wang, stressed the point. 'National Post-doctoral Research Workstation' is an indispensable part of AIER's science and technology system, and it is also a training place, talents pool for high-end medical talents."

“After the establishment of the workstation, AIER will conform to the trend of a new round of scientific and technological revolution, industrial change, combined with the depth of interdisciplinary integration, extensive diffusion and penetration characteristics. We should give full play to the advantages of the integration of medical education and research, vigorously absorb and train them in line with the national development strategy to meets social development needs, train high-level interdisciplinary talents who have contributed to the development of global vision science” Introduced by Professor Shibo Tang.

"The training of postdocs will become an important reserve of talents for AIER's future development. Next, AIER will continue to adhere "people-oriented, innovation-driven, technology-oriented AIER" development concept, around the "medical care as the core, technology-driven, innovation-led" development main line, so as to drive the clinical development of science and technology, improve the service level, make contributions to human ophthalmology!” Professor Shibo Tang said.